The SOLO is the newest member of the Pro Co family of stomp boxes. Although it is housed in the same indestructible and road worthy steel enclosure that has come to be a trademark of Pro Co stomp boxes, the SOLO marks a departure from the RAT series of pedals in more ways than just the new cosmetics. With its enormous range of tones, 3 way selectable “hot, melt, & burn” modes, and highly interactive “scoop” and “tone” controls, the SOLO just might be the most versatile pedal in your arsenal.

Don’t let the name fool you, the 100% analog SOLO is no one trick pony. It is equally at ease in both lead and rhythm capacities, and with a wide variety of amplifiers and guitars. Capable of going from vibey, chewy, warm low gain tones, to deliciously mean and crushing high gain tones, the Solo still remains remarkably true to the sound that matters most: The sound of you and your guitar. And speaking of staying true to the sound of your guitar, true-bypass switching ensures that when the pedal is off, there is no coloration of your sound.

Even in its highest gain settings, the SOLO remains extremely tube-like, articulate and touch sensitive. Complex chords ring out with clarity, leads sustain with ease. Roll back your volume knob and it cleans up, just like a good tube amp would.

The solo uses three pairs of carefully matched (or should we say, carefully mismatched) clipping diodes to produce asymmetrical clipping. The three pairs are accessible via the “hot, melt, burn” slider switch. This has the effect of making the SOLO clip very much like a tube amp going into natural power tube distortion.

Pro Co Sound also makes several other highly regarded effects including the popular RAT2, Turbo RAT, You Dirty RAT, and Deucetone. Each effect has its own unique tone structure.

Glow in the dark graphics 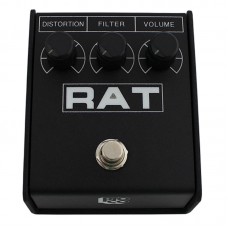 Rat 2 Foot PedalThe RAT2 will be your go-to distortion pedal for every gig, whether it’s rock, blues.. 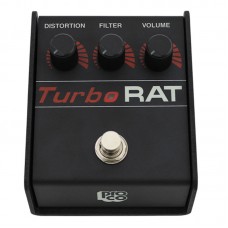 Turbo RATThe Turbo RAT is the most intense pedal in the RAT family. For those brave enough to harnes.. 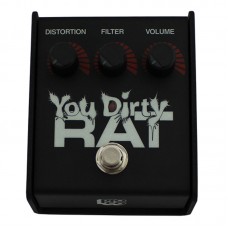 This is the most classic sounding of all RAT distortion pedals. Think ’60s garage rock. Think early .. 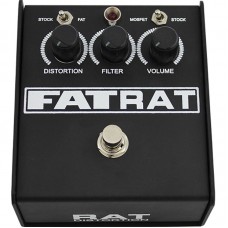 The FAT RAT is the newest member of the RAT family. Using the highly accaimed '85 Whitefact Reissue .. 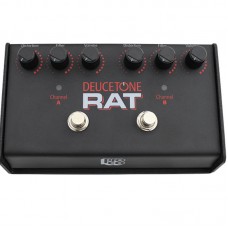 Are you the one in the band who never forgets their tuner and always has a spare cable? Do you sit i.. 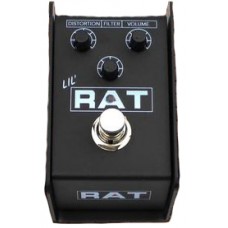 COMING SOONThis is a smaller version of the Rat 2ONLY 2 INCHES WIDEThe LIL' RAT will be your go-to d..